The Culebrita Lighthouse was built by the Spanish Crown in 1882 - 1886. The main reason for construction was to ascertain sovereignty over Culebra and its surrounding islands towards the British and Danish.

Only twelve years later the Spanish American War gave the lighthouse into U.S. hands, in which it remains to this day.

Memories of a Culebrita resident during the early 30's.

The Navy used it as an observation post until 1975. Then the Coast Guard installed a solar powered light. That made the building 'obsolete'. Since then the lighthouse has been subject to the harsh environment with very little maintenance.

On October 22, 1981, the Culebrita Lighthouse was dedicated a Historical Monument of the United States. Neither the Coast Guard nor the Fish and Wildlife Service that currently owns the Island of Culebrita, nor any state or federal agency, has done much to preserve the Lighthouse.

A victim of vandalism and destructed by Hurricanes Hugo in 1989 and Marilyn in 1995, most of the original doors and windows are gone. Part of the roof has collapsed. The rest of the building is on the verge of complete ruin. 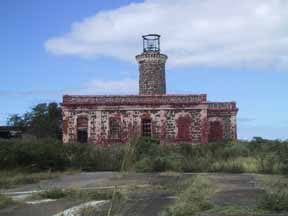 The municipality gained control of the structure and surrounding 4 acres of land in the begining of 2003. The Puerto Rican Government has allocated $700,000. to reconstruction - albeit the estimates for renovation go up to $4 million. Let's hope the building will be stabilized so we don't lose this precious jewel! 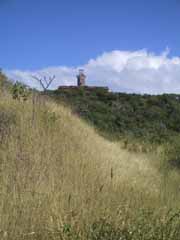