The Cuisine of Puerto Rico

Arawaks and Taínos, the original inhabitants of the island, thrived on a diet of corn, tropical fruit, and seafood. When Ponce de León arrived with Columbus in 1493, the Spanish added beef, pork (lechon asado!), rice, wheat, and olive oil to the island's foodstuffs. Soon after, the Spanish began planting sugarcane and importing slaves from Africa, who brought with them okra and taro (known in Puerto Rico as yautia). The mingling of flavors and ingredients passed from generation to generation among the different ethnic groups that settled on the island, resulting in the exotic blend of today's Puerto Rican cuisine. 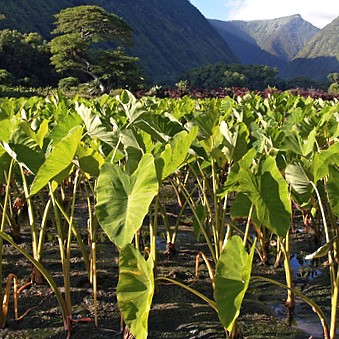