The People of Culebra

The people of Culebra and Puerto Rico represent a fascinating cultural and racial mix.

When the Spanish arrived in Puerto Rico, they forced the indigenous Taíno people into slavery. Eventually the entire indigenous population was wiped out except for a few Amerindians who escaped into the remote mountains. They inter-married with the poor Spanish farmers and became known as jíbaros. Because of industrialization and migration to the cities, few jíbaros remain. 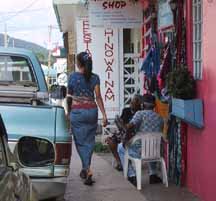 African slaves were brought from Sudan, Kongo, Senegal, Guinea, Sierra Leona, and the Gold, Ivory, and Grain coasts. Other ethnic groups were brought to work on the plantations and all joined the island's racial mix. 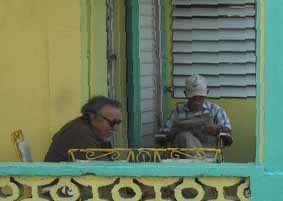 Later, Spanish loyalists fleeing Simón Bolívar's independence movements in South America arrived in Puerto Rico - as it was a fiercely conservative Spanish colony during the early 1800s. French families flocked here from both Louisiana and Haiti. As changing governments or violent revolutions depressed the economies of Scotland and Ireland, many farmers from those countries also journeyed to Puerto Rico in search of a better life.

During the mid-19th century labor was needed to build roads. Initially, Chinese workers were imported for this task, followed by workers from such countries as Italy, France, Germany, and even Lebanon. American expatriates came to the island after the acquisition by the USA in 1898. Spanish immigrants continued to arrive on the island long after Spain had lost control of Puerto Rico. The most significant new immigrant population arrived in the 1960s, when thousands of Cubans fled from Fidel Castro's revolution. The latest arrivals to Puerto Rico have come from the Dominican Republic.

The current census data for Culebra