Flora and Fauna of Culebra

Other than a few deer on the east end of the island, Culebra has no large wild mammals. Goats and deer on Cayo Norte and Luis Peña are considered livestock. Iguanas, large toads and many small lizards abound, and bats flutter about at night.

Although there are not as many as on the main island of Puerto Rico, you can sometimes hear the coquí, which is also somewhat of a national symbol. You will definitely hear roosters crowing at night!

Besides small tropical fish you find in snorkel and dive guides, barracuda, kingfish, mullet, Spanish mackerel, tuna, lobster, and oysters are among the many forms of marine life inhabiting coastal waters.

President Theodore Roosevelt established a bird refuge on Culebra February 27, 1909, making it one of the oldest refuges in the system. Since then much of the island and the surrounding 23 islets, including Culebrita, have been protected by the U.S. Fish and Wildlife Service as a nature preserve, making the islands one of only two nesting sites for giant sea turtles, including the leatherback, in the U.S. The Culebra National Wildlife Refuge, 600 ha, protects large colonies of sea birds (approx. 85 species), particularly terns, red-billed tropic birds and boobies. 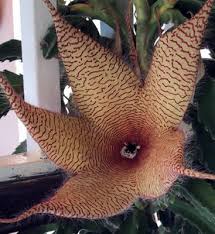 While Culebra is a tropical island, its relatively small size (and resulting lack of convection), creates a semi-arid climate. Therefore some plants that need a dependable rainy season will not survive in Culebra. That is why it looks more like the Sub - Tropics. For really detailed information on plant life, see 'Seashore Plants' by David W. Nellis. Nellis lives in the Virgin Islands, where he is Chief of the Wildlife Bureau. He also wrote a book about the wildlife in the islands.